Succulents seem to be all the rage right now. And why not, especially when we are in a drought. I wanted to put together a Monogrammed Succulent using a metal letter I found on Hobbylobby.com. There are a few DIY tutorials out there that show how to build a wood letter if you are interested in going with a wood frame.

This one by 81 South Street has great examples of adding mesh to keep the plantings in. 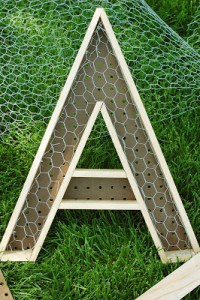 The How To created by Hometalk has a great step by step on creating the proper soil mixture for thriving succulents.  They also used a metal monogram, and instead of using the mesh like 81 South Street, they wrapped their letter with a wire ribbon. 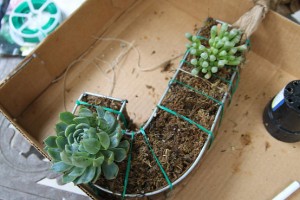 We choose to go with a metal frame mainly for the look. I found a large Metal M from hobbylobby.com and it was half off, costing just $14.99. The reason why this letter works, is because the backside is hollow, which is where we will be planting the succulents. 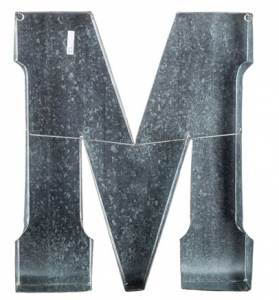 The first thing we did with our letter was drill some holes through the back to allow for drainage. 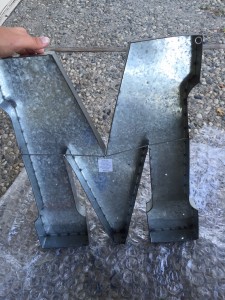 Next we added the dirt, adding a little water at a time and then adding more dirt. The dirt sinks down as it gets wet, so we wanted to make sure we had enough in there before planting. 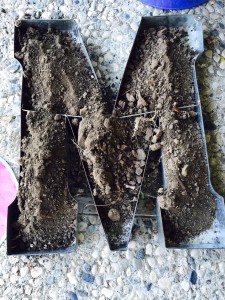 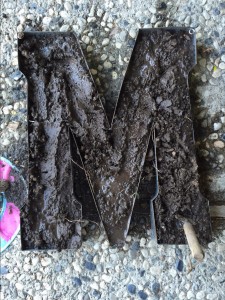 The last step is to arrange your succulent clippings into the monogram. Make sure the roots are buried in the dirt mixture. The great thing about succulents is how quick they grow and the “babies” they produce along the stem. These clippings can be broken off and planted. They will start to create a root and then become their own parent plant. All of the clippings for this monogram came from parent plants I already had, so this part was free. 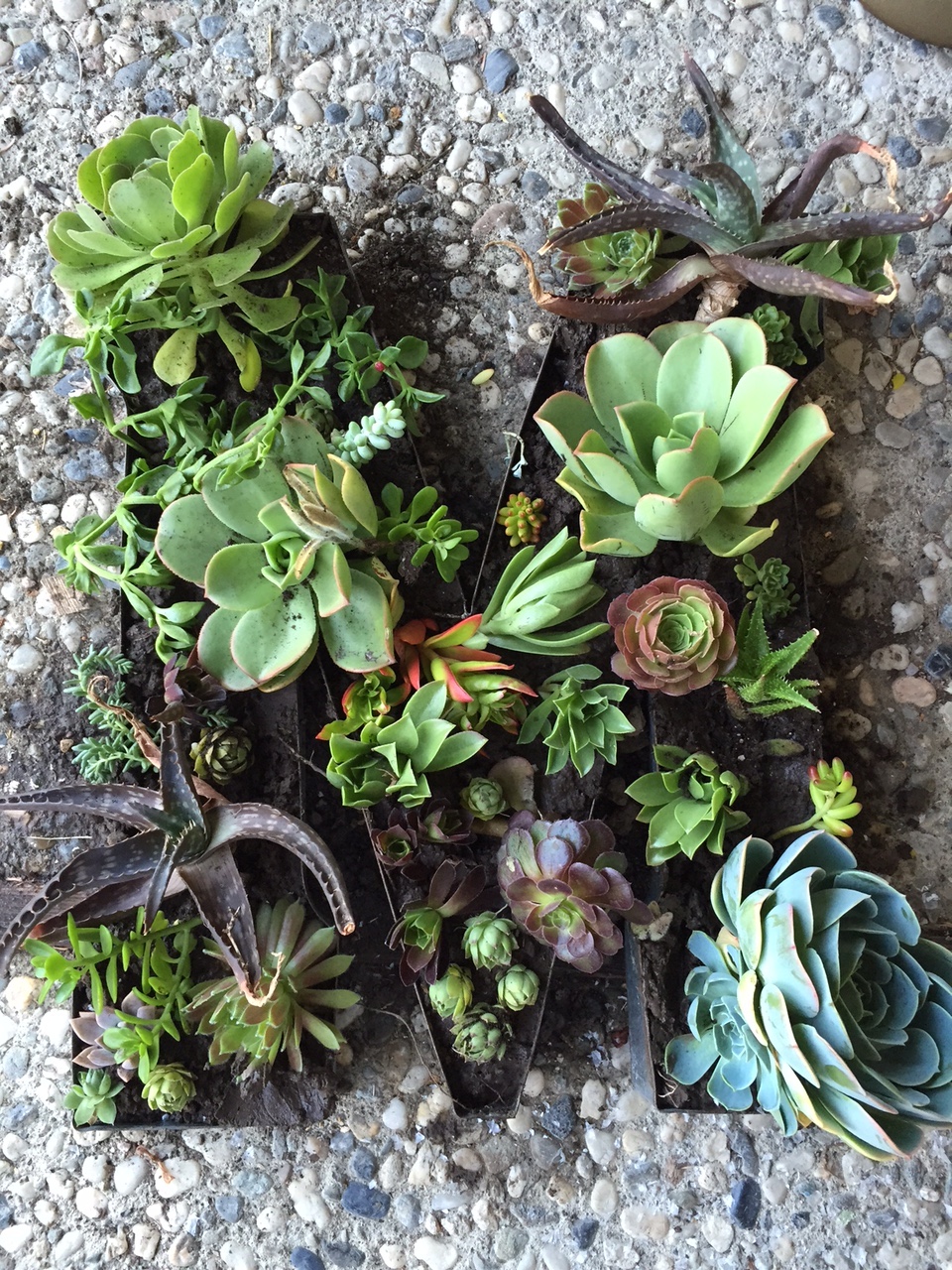 The part we skipped on our Monogram was the mesh or wire ribbon. This was a mistake, because the succulents can get heavy and once the dirt is wet, things will start to sag. So DON’T skip this step, you will be thankful you took the time to add it in.