The designer’s really out did themselves this year. It did not matter the footprint of the space, the designer’s made a major impact even with some of the small spaces they were given.

My favorite bedroom space was one of the larger square footage rooms. It was originally the carriage house at The Inn on Randolph. Designer Kim Scodro revamped the space creating a beautifully inviting guest suite. There were so many design features in this space that we were drooling over, starting with the extra large Gilded Iron Darlana Lantern by Circa Lighting. The color scheme was cheerful and balance with a mix of blush, blues, and creams. 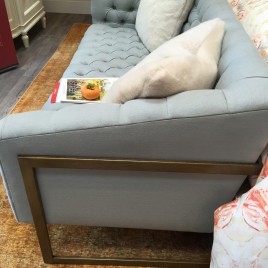 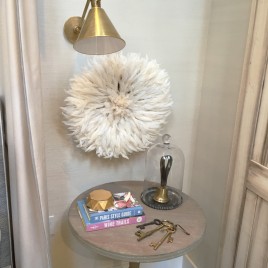 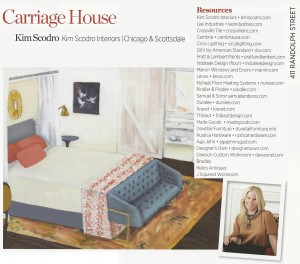 Another amazing space was the Guest Room of the Tudor Revival House, designed by Nanette Gordon. Nanette designed the space to be both masculine and feminine so that it would appeal to a wide range of overnight guests visiting the Napa Valley. 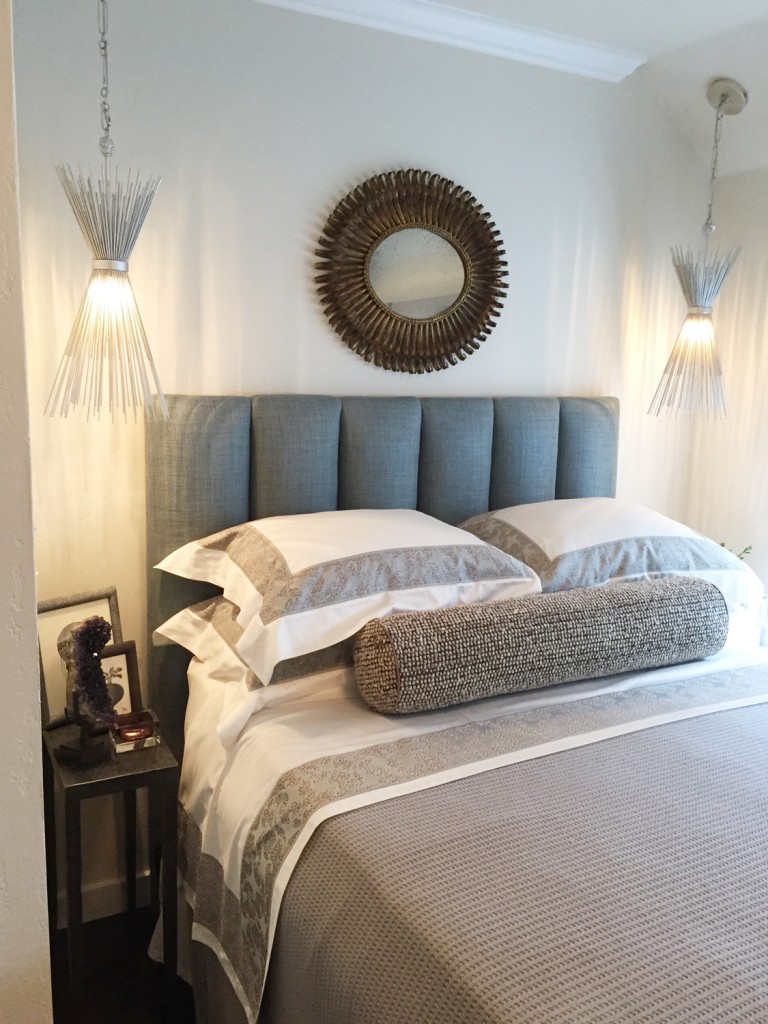 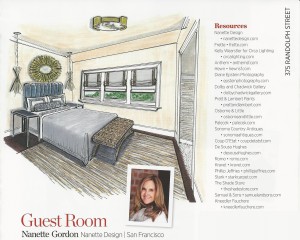 Speaking of Guest Room, we were really impressed with the Guest Room of the 1880 Bungalow. Designer Courtney Lake really maximized the design and function of the room by creating a home office by day and a guest room by night. From first glance you would never think this space could be a guest room. 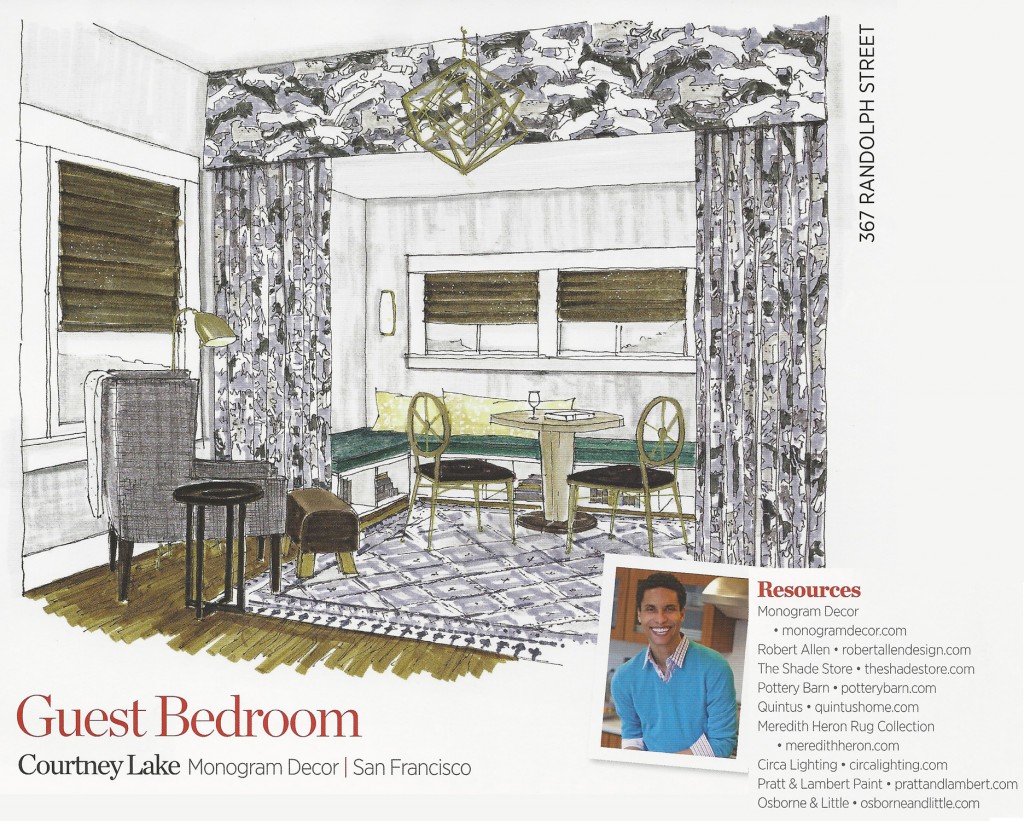 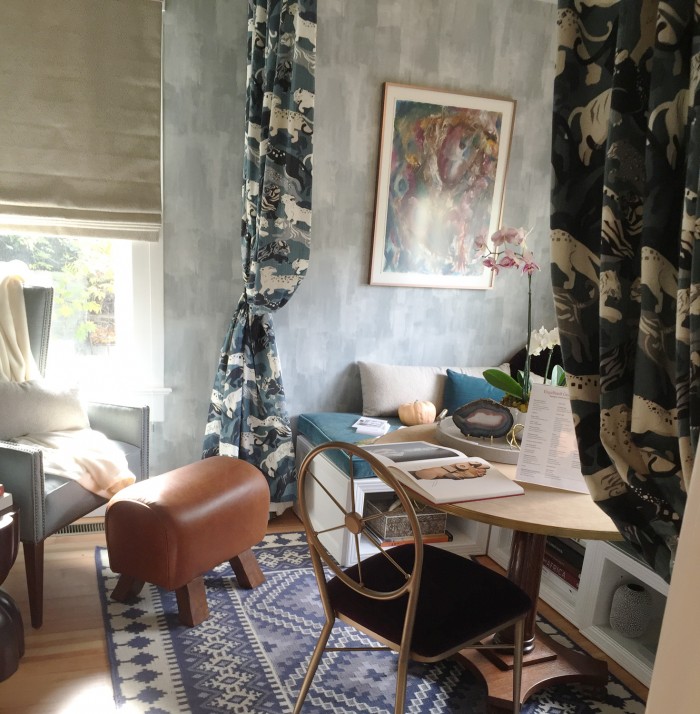 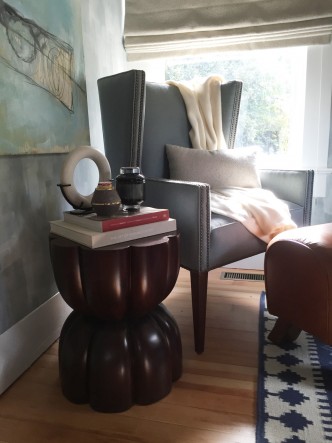 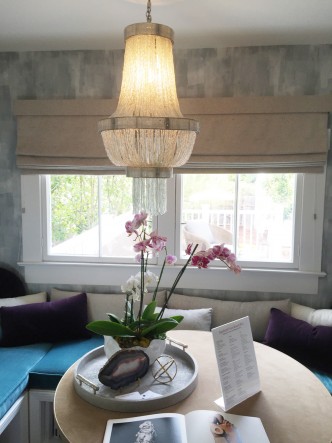 Custom modular built-ins pull out to create a sleeping space behind the drapery.

The second Master Suite on the tour was designed by Kerrie Kelly Design Lab. Kerrie Kelly also drew upon the concept of mixing masculinity and femininity while incorporating color and design elements from the valley. 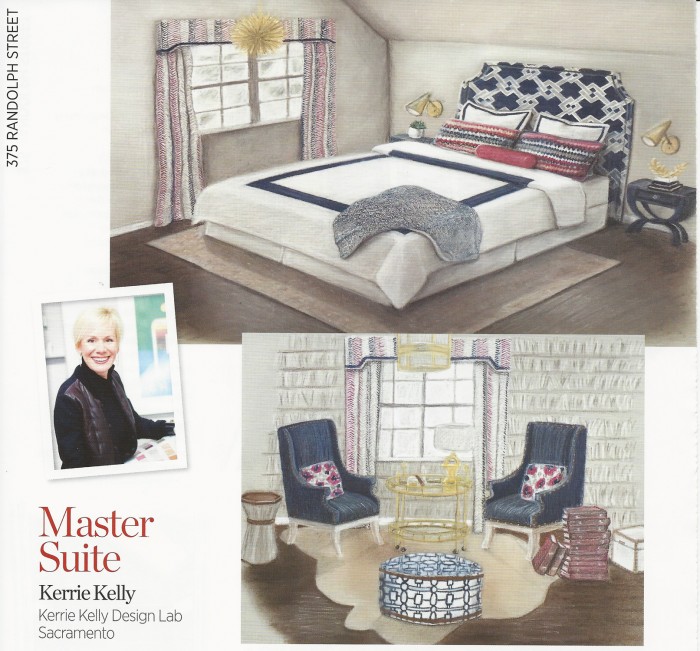 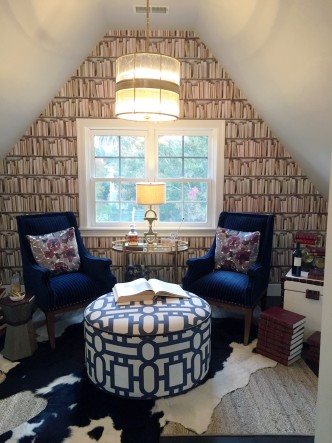 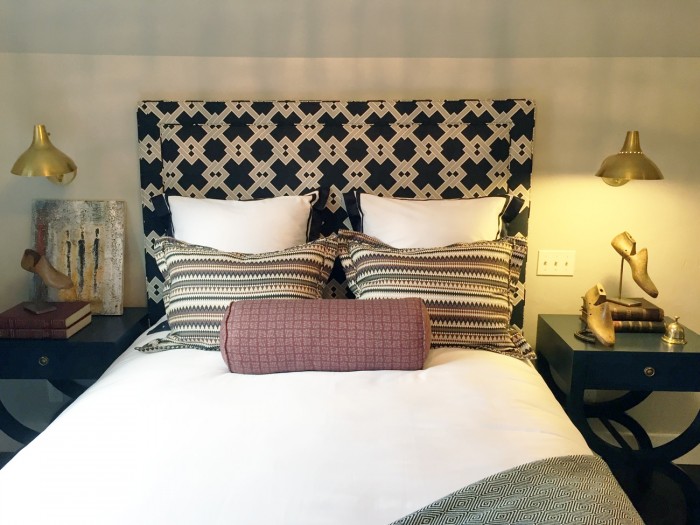 Lighting above library seating is from Circa Lighting (Allan Glass Rod Large Pendant), the Gilded chandelier above the master suite bed is the Mill Ceiling Light from Circa Lighting. Art from Kelly O’Neal, Michael Hoffee, and Kerrie Kelly. Fabrics for the decorative pillows, drapery and headboard from Guildery Kerrie Kelly Design Lab Collection.

If you missed the review of the Designer Showhouse Kitchens you can see it here.